Georgia has several popular motorcycle ride destinations, including the Fort McAllister Historic Park and the Savannah. No wonder it is home to several thousands of motorcyclists.

Motorcycle riders do not enjoy the same level of protection available to car drivers who are protected by a steel cage with seatbelts, climate control, and airbags.

Whether you drive a motorcycle or a car, you must know Georgia’s motorcycle laws.

Motorcyclists and their passengers in Georgia are required to wear a helmet when they are on the road. The protective headgear must comply with the standards established by the commissioner of public safety.

Riding without a helmet is classified as a misdemeanor. Violators can be awarded a penalty of up to $1,000 and a one-year jail term; however, almost no one actually goes to jail for a violation.

Helmets used in Georgia must meet the following safety standards established by the U.S. Department of Transportation:

Several studies have found that wearing a helmet is the most effective way to prevent serious injuries such as concussions and deaths. A CDC study found that helmets reduce the risk of death by 37 percent and head injuries by 69 percent.

Georgia motorcyclists who have been injured in a crash that wasn’t their fault have the right to file a lawsuit for damages.

If a motorcycle accident attorney in Atlanta is able to prove that the party-at-fault was responsible for their client’s injury, they can claim current and future medical expenses and lost wages. The attorney may also sue the party at fault for emotional distress and loss of consortium. In some cases, courts can also award punitive damages.

Proving Negligence in a Motorcycle Crash

To establish negligence in a personal injury claim, the attorney must prove that:

Deadline for Filing a Lawsuit

Individuals injured in a motorcycle crash in Georgia have two years from the date of the accident to file a lawsuit. If a personal injury victim fails to file a lawsuit before the deadline (also known as the statute of limitations or limitations period), they may lose their right to sue the party-at-fault.

A court can toll the statute of limitations, if:

How Much Do Personal Injury Lawyers Charge?

Most motorcycle accident lawyers in Atlanta charge on a contingent fee basis. A lawyer who utilizes a contingent fee arrangement gets paid only if the decision is in the client’s favor (no compensation, no fee).

If you recover damages, your lawyer can collect 25-40 percent of your total award. Some lawyers bill their clients for case-related expenses, irrespective of the outcome. Before you hire an attorney, be sure you understand what you will be charged for and how much. 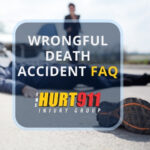 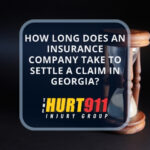 How Long Does an Insurance Company Take to Settle a Claim in Georgia? 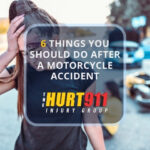 6 Things You Should Do After a Motorcycle Accident